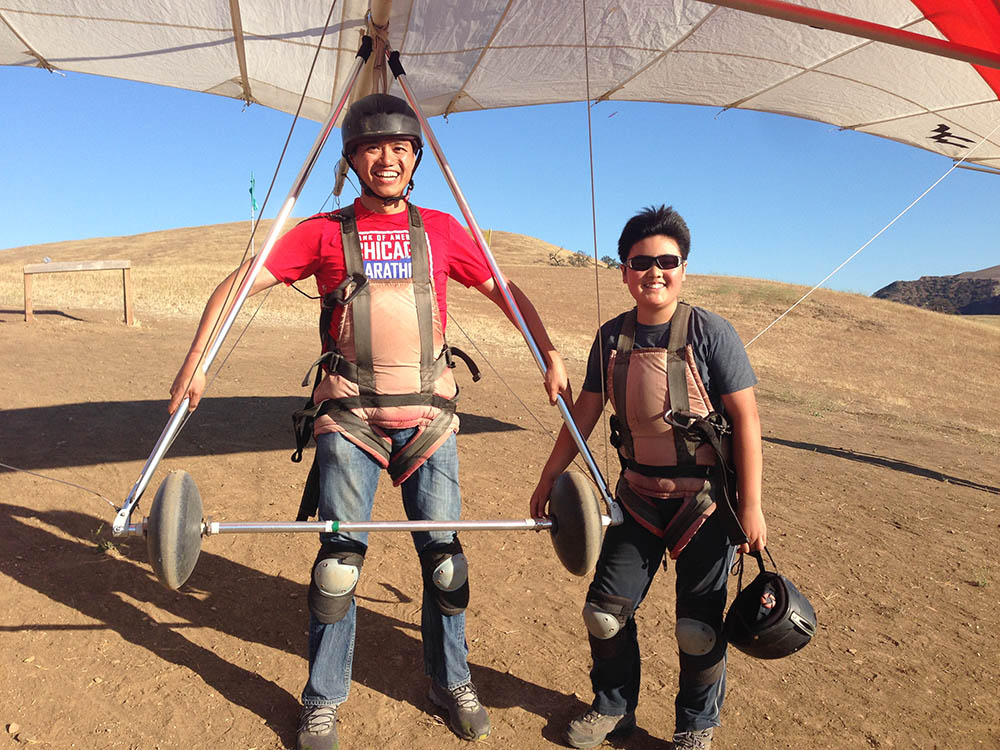 One of the coolest things I think a pilot can do is fly with a family member. Chien and his 12 yr. old son Jared are doing just that. It was with great pride as an instructor that I was to be their first hang gliding instructor. Jared was only 11 at the time and the youngest student I have had yet to teach.

It is much more common to see pre-teens involved in other extreme sports but with hang gliding there are several reasons why why one doesn't see this happening. For one, there aren't any manufacturers building gliders suitable for person's less then 90lbs. Jared thankfully was heavier then this. Another reason, is the concern that kids 12 and under aren't mentally mature enough. There are enough teens doing stupid things in automobiles, like racing and crashing to warrant this type of concern. However, Chien was comfortable with his son taking up the sport and I as an instructor was reassured as we drove up to the training hill for the first time by all the great questions Jared was asking and the information he was processing.

Jared maybe not a hang gliding savant but at his age he is an exception. It's not to say that Chien isn't doing just as good. The comraderie and support for eachother progress is great to see as well.

Below is a nice flight that Jared had back in July. His launch technique is wonderful, with a nice graceful long stride he takes flight and makes several nice control inputs to maintain a straight heading before landing softly while throwing in an attempt at flaring for the first time. A great day to end the day!